This study backs up the decision to go bitless.
When allowed to make the choice, some horses do prefer bits over bitless.  All the East West horses have shown individual preferences about bridle design, bit/bitless, saddle type, pad type and more.
– – – – – – – – – – – – –

Sixty-six horses switched from being ridden with a bit to a bitless bridle showed dramatic reductions in 69 behaviors linked to bit-related pain.

Researchers Bob Cook and Matthew Kibler, in a study published in the journal Equine Veterinary Education, reported that the total number of pain signals for all the horses when bitted was 1575. When bit-free, just 208 were recorded – an 87% reduction.

In total, 65 of the 66 horses benefited from removal of the bit.

The 87% reduction in pain signals with the removal of the bit showed that the bit was the main cause of pain among the horses, they said.

The pair said that when the horses were graded on the Five Domains welfare model, it was judged that, when bitted, the population showed “marked to severe welfare compromise and no enhancement”.

When bit‐free, the population was assessed as having low welfare compromise and mid‐level enhancement.

Cook and Kibler said metal bits, used since the Bronze Age, have been accepted as part of the furniture of horsemanship and not subjected to scrutiny until quite recently.

“As bits have been standard equipment for millennia, they are widely assumed to be indispensable and ethically justified.”

Bit usage was an elective and almost daily intervention in many horses’ working lives, they noted.

“Assessment of its effect on welfare is overdue.”

Welfare researchers David Mellor and Ngaio Beausoleil, in a 2017 paper, noted that horses showed clear behavioural evidence of aversion to a bit in their mouths, varying from the bit being a mild irritant to very painful.

They observed that evidence of aversion was available to all by comparing the open mouth, head tossing and restricted jaw angle of many bitted horses.

Cook and Kibler said their objective was to start answering six questions: What behaviours are caused by the bit? How prevalent are they? How many bit‐induced behaviours might one horse exhibit? Are they reversible when the bit is removed? Is a horse’s welfare improved by removal of the bit? Can a horse be controlled without a bit?

Their longitudinal, retrospective, questionnaire‐based study centered around each owner/rider’s assessment of horse behaviour, with and without a bit. In essence, it examined the number of behavioural signs of pain in each of 66 horses when bitted compared with the number of signs in the same horses when bit‐free.

The questionnaire was based on six years of feedback from 605 riders who had switched from a bitted to a bit‐free bridle. The feedback came from 106 yes/no questions about horse behaviour and signs of disease; and 10 questions addressing each rider’s feelings about riding.

Each rider completed it twice – once when bitted and again when bit‐free.

From the answers, the change in prevalence of 69 behaviours was identified, which formed the basis of the yes/no questionnaire put to the riders used in this latest study.

For the experiment, owner/riders from North America, Britain, Australasia, Austria, France and Holland had volunteered to take part.

Each horse served as its own control, in that its behaviour was compared before and after removing the bit. Ninety-six questionnaires were received, 66 of which were completed correctly and used for the study. Inclusion required that, that for each of the 69 behaviours selected for analysis, a yes/no answer must have been entered for both bitted and bit‐free periods.

The 69 behaviours included the likes of hating the bit, resenting bridling, a lack of control, going above the bit, muzzle rubbing, head shaking, lack of focus, pig-rooting, difficulty in steering, a stiff or choppy stride, tail swishing, yawning, head tilting, excessive salivation, bucking, difficult in mounting, failing to maintain a trot or canter, and stumbling.

The age of the 66 horses ranged from 3 to 24 years, with an average of 10. They comprised Thoroughbreds, Arabians, Warmbloods, Tennessee Walking Horses, Appaloosas, Clydesdales and others. There were 39 geldings, one stallion, and 25 mares.

Twenty‐eight of the horses had been bitted for five or more years before making the change.

The time a horse had been bit‐free before the second assessment was undertaken by the rider ranged from just 1 to 1095 days. The median was 35 days and the average was 108 days.

“The number of pain signals for the total population when bitted was 1575 and bit‐free 208; an 87% reduction,” they reported.

Cook and Kibler said bit pain had a negative effect on proprioception – that is, balance, posture, coordination and movement.

“Only one horse showed no reduction in pain signals when bit‐free,” they said.

“The welfare of 65 of 66 horses was enhanced by removing the bit; reducing negative emotions (pain) and increasing the potential to experience positive emotions (pleasure).”

Discussing their findings, the pair said horses exhibit what is known as stereotaxis. They were innately programmed to try to evade the bit.

“It follows that the equitation mantra requiring a horse to ‘accept the bit’ is misconceived. Expecting a horse to accept an oral foreign body is a biologically unrealistic expectation.”

They said the improvements in behaviour following removal of the bit enabled inferences to be made about the aversive experience of bit‐induced pain.

“The improvements cannot be dismissed as ‘merely subjective’,” they said.

“Collectively, the behaviours were predominantly manifestations of pain experience, expressed by aberrant movements of the head, spine and limbs. They ranged from too little movement (e.g. stiffening, freezing) to too much movement (e.g. bucking, bolting).

“That some horses may exhibit a few aversions to the bit is widely acknowledged. That every horse is programmed to be averse to the bit and that aversions are numerous is not.

“The current study showed that at least 65 of 66 horses exhibited aversion to the bit and that horses have not less than 69 ways of exhibiting frustration, attempts to cope and efforts to avoid bit contact.”

The most prevalent pain index was “hates the bit”, a family of behaviours shown by 53 of the horses (80%). The full line in the questionnaire read: “Hates the bit, chomping, chewing or clenching the bit, grinding the teeth (bruxism), constant fussing with the bit, ‘busy mouth,’ evading contact.”

The second most prevalent index was “fright”, shown by 46 horses (70% of the population).

“It seems reasonable to assume that at least a quarter of the 69 pain indices imperil the safety of horse and rider.

“The data support the opinion that bit‐induced fear is the cause of many horse‐related accidents.”

The fourth most prevalent sign of pain when bitted was ‘lack of control’ (65% of the population).

“Its reduction by 86% when bit‐free questions the rationale of competition rules which mandate bit usage on the grounds that bits control horses.”

The authors said the 69 pain indices assessed in this study represented only a fraction of possible bit aversions.

“If, for example, a study was done on racehorses, it is predicted that many more bit‐induced, pain‐related indices (diseases and disabilities) would be identified.”

The pair continued: “The horse is motivated to avoid pain and seek comfort. Mankind has an obligation to promote positive emotions for the horse …

“Contingent on the absence of pain, a horse can probably derive pleasure from being ridden, similar to that derived from ‘play’ with [their own kind].

“Bonding between horse and rider seems optimal when rein cues are devoid of pressure, painless and proprioceptively supportive.”

Cook, who is Professor of Surgery Emeritus at Tufts University in Massachusetts, and Kibler, of Washington College, Maryland, who did the statistical analyses for the study, acknowledged some study limitations.

The case study population was not random and the assessors were not blinded. “Nevertheless, as recommended by current welfare science, the assessors were the people most familiar with the animals studied, having triple credentials as owners, caretakers and riders.”

Robert Cook, an equine veterinarian, has published many papers, mainly on diseases of the horse’s mouth, ear, nose and throat both in scientific and horseman’s journals. He is behind a style of bitless bridle which bears his name.

The study, published under a Creative Commons License, can be read here. 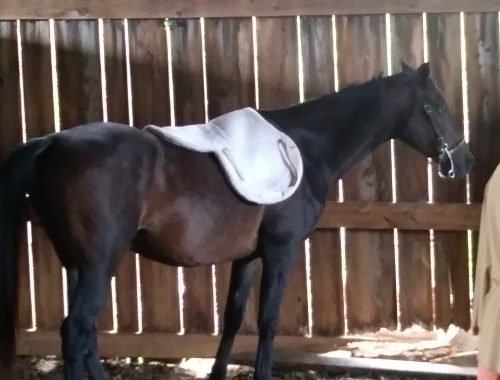 The problem with goals and agendas… 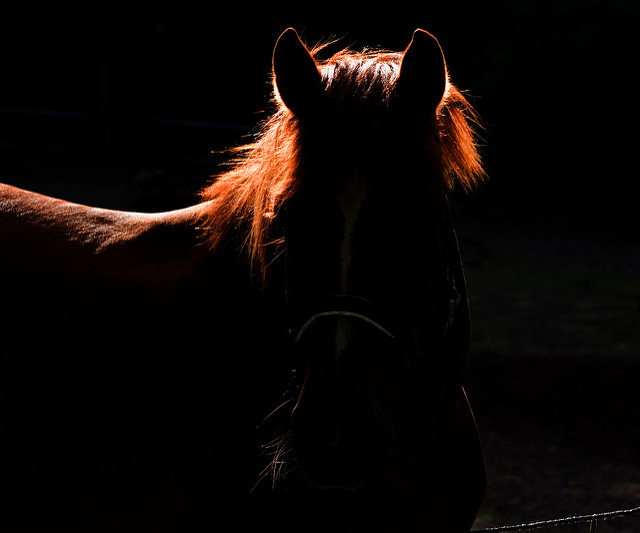 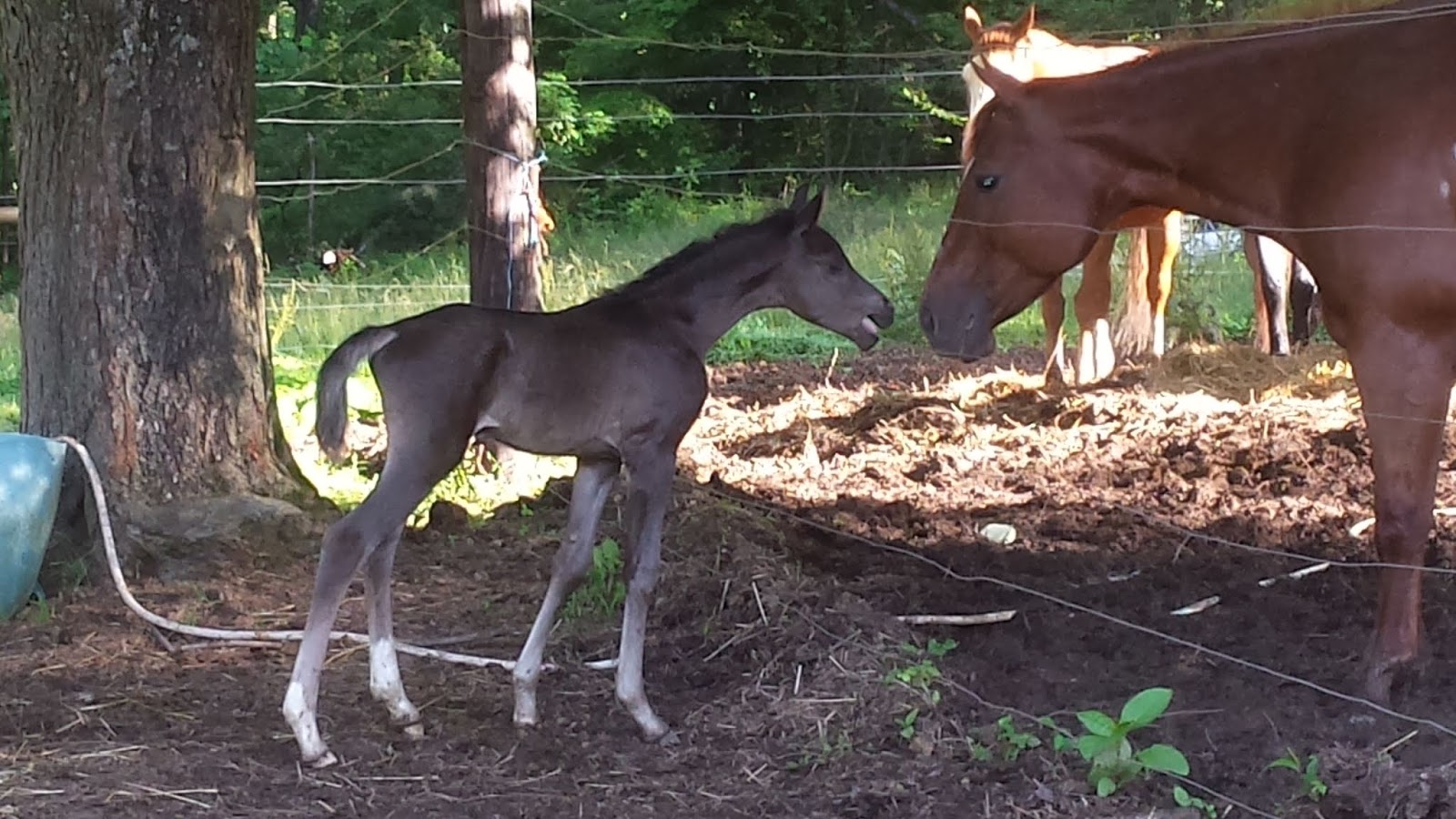